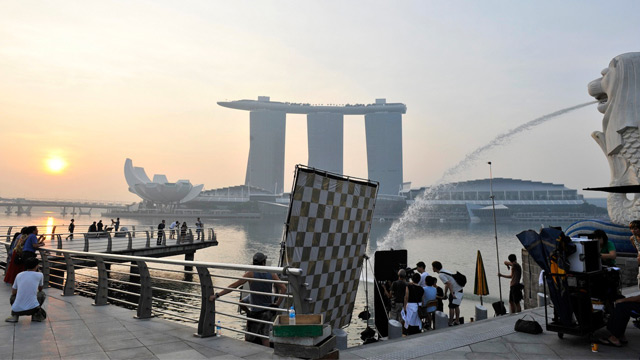 POP FILMS ASIA stands as one of the best video and film production service company in Singapore. With our wealth of experience as a film production company in Singapore, we have amassed a dedicated team of professionals with vast skillsets in the film industry. We offer services ranging from photography production support service to film location scout services to ease your filming process and to ensure your time here will be a rewarding one.

Despite being one of the smaller countries in the region, Singapore dominates with its exceptional development. Throughout the years, the country has propelled with modern innovations that are simply one of a kind. Singapore’s urban landscape with iconic landmarks such as the Marina Bay Sands Hotel or the grand Gardens by the Bay has gained recognition worldwide and serves as every filmmaker’s dream location to film in.

Despite its modern and enigmatic façade, Singapore is undeniably an Asian city where multi- Asian and western elements blend seamlessly. The rich and colourful cultures of Singapore has created a city with many facets. On one end, you’ll find a downtown area densely populated with modern high rise and on the other you’ll be greeted by finely restored historical buildings but if you look further, you’ll see nature reserves and tropical greenery. It is the fusion of Singapore’s culture and new technology that makes this former British colony such an excellent filming venue.

If you are looking to film a commercial, corporate video or photo shoot, and engage Film Production Services Singapore, talk to us here at POP FILMS ASIA! Here in tropical Singapore, the Pop team is ready and excited to collaborate with you on your upcoming project. You can trust us to provide the best Film Production Services Singapore to make your filmmaking experience here smooth and worry-free.